Step 1 Korean cleansing oil kicks off all Korean skin care routines. It begins the amazing Korean Skin Care Routines  multi-step process. It seems to have of late sparked a ton of interest in the beauty and cosmetics world.

The first step involves an oil cleanser that is also referred to as a makeup remover. Korean cleansing oil entails a reasonably simple formula; it incorporates a clear liquid coupled with an oil base.

The combination is designed to achieve a non-greasy feel and is a useful tool for wiping off a day’s worth of makeup. It is effective on waterproof mascara and similar products.

When applied to your skin, a Korean oil cleanser effectively removes makeup. And all other oil-based product debris you may be using on your skin such as sunscreens and most importantly pollution particles.

For most people, it is relatively common to start the 10 step Korean skin care routine with an oil cleanser.

Step 1 Korean cleansing oil is a great way to remove makeup. Also oil-based impurities on your skin and traces of sebum.

Using water-based cleansers in place of a Korean oil cleanser can in fact, push the contaminants on your skin’s surface deeper into the pores instead of drawing them out.

To the uncultured, using a cotton pad and a makeup remover at the end of the day is good enough cleanse. It, however, means you are most likely to end up with streaks of mascara on your pillow the following morning.

To completely remove all traces of waterproof makeup and any accumulated dirt, use a Korean oil cleanser.

When adequately massaged into the skin, the oils in the Korean oil cleanser bind to surface impurities. Thereby pulling out all dirt without clogging pores.

It allows them to be easily rinsed away leaving your skin clean, soft and hydrated preparing it for the second step.

The 6 Best Korean Cleanser For Oily Skin In 2020 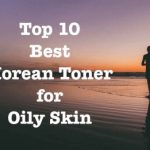 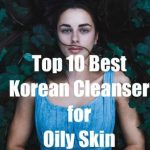 The 6 Best Korean Cleanser For Oily Skin In 2020 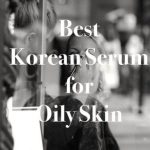